Two detectives. A sadistic human trafficking Kingpin. No one could be ready for…
STOP! Find a pair of VR goggles. We recommend using headphones for an optimal VR experience. Follow the link and go into the scene. Stay alert and be aware of your surroundings.
WARNING: this video contains the most explicit language and violence….and we f∆©#ing did in VR 3D!

Go to the YouTube link for the pilot episode, THEN press on with the story when ready:

You just witnessed the pilot episode of Juarez VR and YOU SURVIVED! But you have questions. Who is Detective Juarez? Where the heck did that big knife come from? Did anyone break a hip? We can answer all of that and more, but first we need your help. 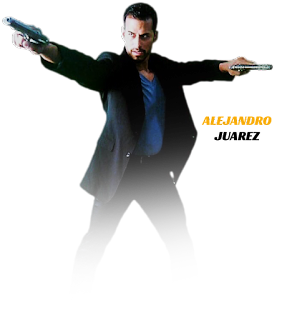 We are pioneers in the world of  3D VR filmmaking, and we want to bring you in on the action. By placing you right in the middle of the scene, we give you a unique, intense ACTION experience like you’ve never seen before! And we want to continue dropping you straight into the action by bringing you all new, high stakes episodes.
We will dig into the backgrounds of our main characters, develop new ones, and throw in some surprises. Our goal is to bring you a cutting-edge, virtual reality 3D experience, but to keep this adventure going, we need to raise $50,000.

We will be using the funds raised to create more episodes, pay our crew, purchase and/or rent quality 360 degree video and sound equipment, and upgrade post-production technology. We want YOU to see jaw dropping stunts in amazing
locations.
We want to scale up production and give you more of everything. We have a team of experienced martial artists and stunt coordinators ready to keep this
project going.
Let’s create more special-effects, more fight scenes, more flying bullets, more blood splattering, and more ACTION! 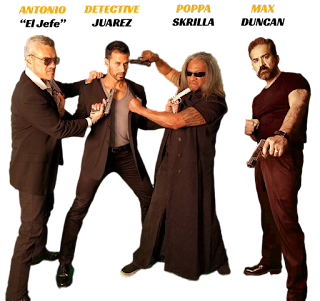 Detective Juarez, a former US Air Force Combat Controller, was discharged after an incident in a forward operating base near Balad Air Base, Iraq that took the life of a USAF Commander, and hundreds of insurgents.  He makes a living seeking retribution. There are few in the world that know his name and have access to his skills.

Nissa is a hand-to-hand combat, fighting machine. Her father, a  PSIA, Second Intelligence 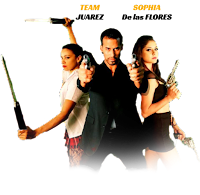 Department Operative trained Nissa from an early age.  Nissa skills continued to develop in Venezuela, South America where it was necessary for her to seek justice following a life of activism.
Antonio “The Boss” is a man seeking absolute power.  His desires initially led him to run for political office.  He was a known, ruthless, isolationist politician. Antonio eventually realized that hiding his greed behind politics was unnecessary.  The nightclub is just one of his many ventures. He has a hand in every dark corner of the underworld, but his favorite commodity is human trafficking which makes him Juarez’s number one target.

Sophia is a college graduate torn away from her family. Her unexpected disappearance left her powerful parents in shock.  Their daughter was never supposed to be one of those who go missing when they go walk their dog. 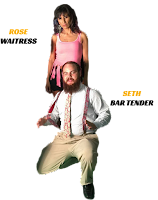 Oni is Antonio’s go to torturer and assassin. Oni grew up an orphan, surviving by winning MMA bouts before he turned 9 years old.  He started taking drugs during the teenage years to improve his training and chances of winning fights. The fights eventually turned to death matches.  That opened the way for Oni to kill and torture for profit. Antonio believes that when Oni takes his preferred drug cocktail, he gets advice from demons from the spiritual realm.  The cocktail gives him extraordinary focus, memory, and hightened senses.  He can go for a week without sleeping, relentlessly chasing his target.  Do NOT fall asleep!

50 Stellar Lumens (XLM)  Hey! Let’s just get to the point where the bullets and blood start flying again in VR/3D! We want to make the dream come true.

1 Litecoin (LTC)  You like it from a distance. Take your time. We’ll send you behind the scenes updates. We’ll list you on social media as one of our assets.

0.25 Ether (ETH)  Information first! You stay up to date. You use assets like cryptocurrencies (Bitcoin, Ethereum, and Ripple) to navigate the dark web. We’ll send you a key to unlock the next episode before it’s released to the public. We’ll also list you on social media as an asset.

300 Ripples (XRP)  Thanks for looking out for us. You get Perks 1-4 plus our official Team Juarez T-shirt pictured below. Wear your shirt to show that you’re part of our entourage and ready to kick ass!

50,000 Dogecoins (DOGE) You’ve been trained in the dark arts.  We will send you a poster with a message, signed by a cast member. Previous perks included.

1.5 Dash (DASH)  Operators need tools. We’re going to send you a set of VR goggles signed by one of the characters in the episode. This is a STANDALONE perk.

2 Zcash (ZEC)  You require a badge. We’ll send you one. We’ll also list you as an ASSOCIATE PRODUCER in the film credits and list you on IMDb. Perks 1-4 are included.

200 EOS (EOS)  We’ll send you a copy of Nissa’s Chuck Sword prop because you need one! We’ll also include you in the conference calls to share exclusive details about the upcoming project. There will be two conference calls subject to schedule.

5 Bitcoin Cash (BCH)  You’ve been given a particular set of skills. We’ll bring you in as a featured extra. Shooting will take place in San Antonio, Texas. Shooting is subject to scheduling. Travel and accommodations are not included.

75 Moneros (XMR) The top of the world is a place you are familiar with. Fallen Angel, we honor you as CO-PRODUCER in the film credits. Make a visit to the set! Set visit date is subject to scheduling. Shooting will take place in San Antonio, Texas. Travel and accommodations are not included.

100 Moneros (XMR)  We name you family. You will be listed as EXECUTIVE PRODUCER in the film credits and profile creation on IMDb. Visit the set up to three times. Set visit dates are subject to scheduling. Travel and accommodations are not included. 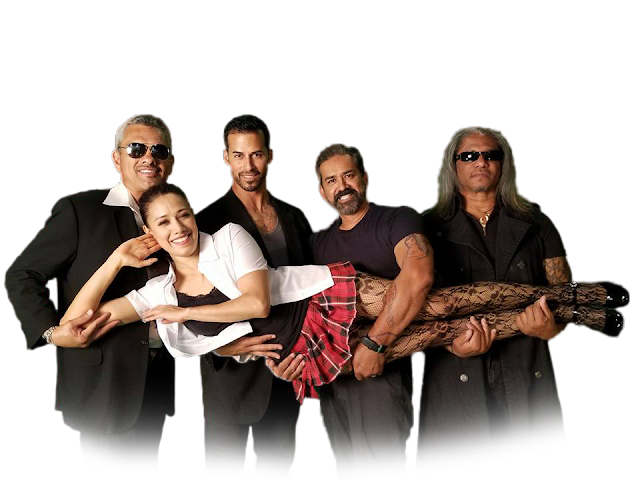 You Can Donate To The Following Addresses: